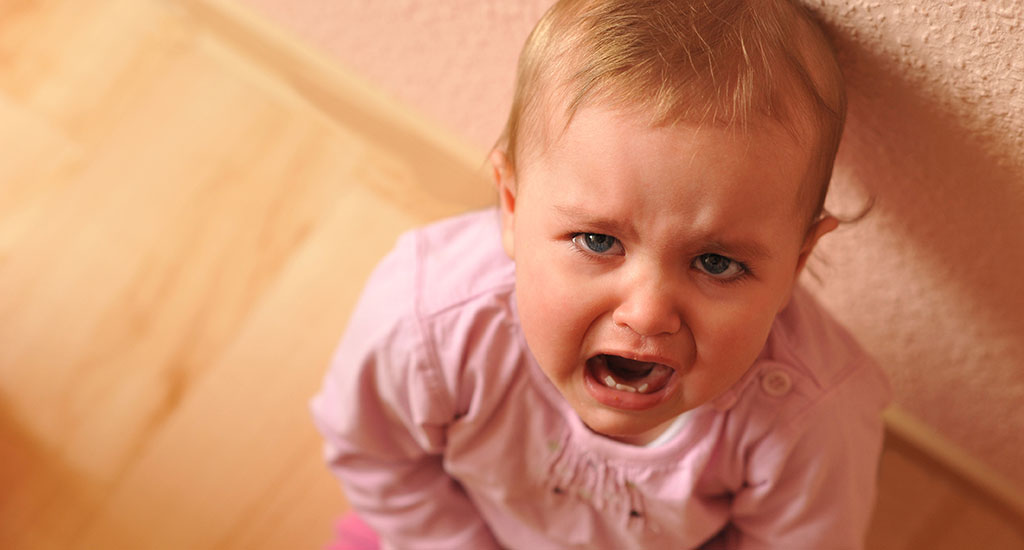 Why are toddlers aggressive?

Shocking as it may be to you (and onlookers), aggressive behavior is a normal part of your toddler’s development. Emerging language skills, a fierce desire to become independent, and undeveloped impulse control all make children this age prime candidates for getting physical.

“Some degree of hitting and biting is completely normal for a toddler,” says Nadine Block, founder of the Center for Effective Discipline in Columbus, Ohio.

That doesn’t mean you should ignore it, of course. Make sure your toddler knows that aggressive behavior is unacceptable, and show him other ways to express his feelings.

What can I do about aggression in my toddler?

Keep your cool. Yelling, hitting, or telling your child he’s bad won’t get him to make positive changes to his behavior – you’ll just get him more riled up and give him examples of new things to try. But showing him you can control your temper helps him learn to control his.

Set clear limits. Respond immediately whenever your toddler is aggressive. Remove her from the situation for a brief time-out (just a minute or two is enough). This gives her time to cool down, and after a while she’ll connect her behavior with the consequence and figure out that if she hits or bites, she ends up out of the action.

Reinforce good behavior. Rather than giving your child attention only when he’s misbehaving, try to catch him being good. When he asks to have a turn on the swing instead of pushing another child out of the way, for example, praise him for verbalizing his desires. Reinforce good behavior with an offer to push his swing or play together. In time, he’ll realize how powerful his words are.

Give logical consequences. If your child gets into the ball pit at the indoor play center and starts throwing the balls at other kids, take her out immediately. As you sit down with her and watch the other kids play, explain that she can go back in when she’s ready to join the fun without hurting other children.

Avoid lecturing or trying to reason with your toddler: It’s likely she isn’t capable yet of imagining herself in another child’s place or changing her behavior based on verbal reasoning. But she can understand consequences.

Discipline consistently. As much as possible, respond to each episode the same way each time. Your predictable response sets up a pattern that your child eventually learns to recognize and expect. Eventually it’ll sink in that if he misbehaves, there will be consequences.

Teach alternatives. Wait until your toddler has settled down, then calmly and gently review what happened. Ask her if she can explain what triggered her outburst.

Emphasize (briefly!) that it’s natural to have angry feelings but it’s not okay to show them by hitting, kicking, or biting. Encourage her to find a more effective way of responding, like using words to express herself or asking for help from an adult.

Encourage her to apologize after she lashes out at someone. Her apology may be insincere at first, but the lesson will sink in eventually.

Be mindful of screen time. Cartoons, digital games, and other media designed for young children can be filled with shouting, threats, even shoving and hitting. Several studies suggest excessive screen time could contribute to children’s behavior problems as they grow. Some experts are concerned that screen use interferes with children’s social and emotional development as well.

The American Academy of Pediatrics advises against TV and other screens (including phones, computers, and tablets) until children are at least 18 months old (except for brief video chats with adults).

If your child is at least 18 months old, limit his screen time to no more than an hour a day, and choose high-quality, age-appropriate media, especially if he seems prone to aggressive behavior. Watch shows with him, and check in on him when he’s playing a game (or play it with him).

Discuss how characters work out conflicts and brainstorm better ways to resolve them. Don’t keep the TV on in the background, and be sure not to expose him to more mature content for older viewers.

Keep your toddler active. You might find that when your toddler doesn’t get a chance to burn off her abundant energy, she’s a terror at home. If your child is high-spirited, give her plenty of unstructured time, preferably outdoors, to let off steam.

Get help if you need it. Sometimes a child’s aggression is more than a parent can handle. Talk to your child’s doctor if:

Together you can determine the source of the behavior problem and help your child overcome it. She can also recommend a counselor or child psychologist if necessary.