What will happen to schools in August?

What will happen to schools in August? The Miami-Dade School District has some ideas 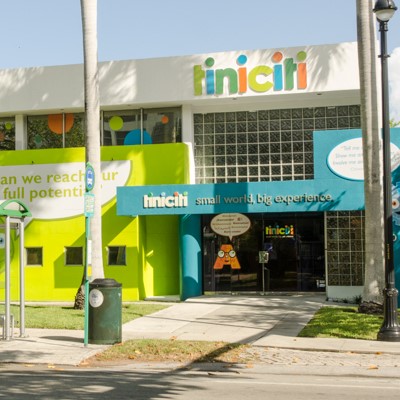 As the state of Florida contemplates the gradual reopening of countless activities – except for South Florida, for now – the Miami-Dade County School District is thinking about what would happen to schools, once the month of August arrives.

At a Wednesday School Board meeting held via video conference, Superintendent Alberto Carvalho spoke about what would need to change for back-to-school and unveiled a plan for students with learning difficulties, who were probably a little behind in the middle of the coronavirus pandemic crisis.

For the general student population, schools with fewer enrollments could be used to practice social distancing, and temperature checks would be done at the entrance of the schools. For those students who need extra help, this means that they will have to start the school year earlier, they will have longer school days, and they should attend classes on Saturdays.

The School Board will hear the recommendations in June, although plans could change due to the unpredictable nature of COVID-19, the respiratory illness that causes the coronavirus.

“We want to be prepared for a series of different events that could arise in the summer months,” said Carvalho.

Until now, at the discussion table, they are taking advantage of the existing space in the schools to also make the most of social distancing.

Students could arrive at schools in turns.

Carvalho said his advisory team is also looking at activities in gyms, how students eat in schools, and the different transitions and models. There could be a slower flow of student traffic during class changes and more outdoor classes.

Students may be required to wash their hands in cycles, and attendance guidelines will be stricter.

Carvalho said that “a certain degree of threat persists” if “the importance of assistance for the safety of the students is not emphasized.”

It is also possible that the School District will tighten the protocols for student enrollment and reporting illnesses for employees, students, and their families. Carvalho told board members that of the District’s 48,000 employees, 15 have reported that they tested positive for COVID-19, although they appear to have no symptoms.

Carvalho said that a few students may have had contact with someone who tested positive, but these students have had no contact with the student population.

“We are the luckiest entities in the country or the one that has been best prepared,” said Carvalho.

Carvalho also spoke of the need to hire a director of health who is in charge of advising on the development of the protocols. Carvalho said the position could replace the position of chief strategist, a position that has been vacant since July 2018.

Carvalho later focused attention on students who already had learning problems before classes went online. Many live poorly, are still learning English, or have physical disabilities. The superintendent warned that all of this could worsen the so-called “summer-fall,” the natural loss that occurs during the vacation months.

“We do not want to see this exponential growth in the number of students who do not meet the appropriate requirements, knowing everything we know at the moment,” said Carvalho. “We have to intervene at this point.”

Carvalho’s plan contemplates that the more than 46,000 students who have been identified as having learning disabilities can recover during the summer.

Some students whose school performance is below average must participate in summer programs.

Students who have a large number of absences in the second semester, and those who participated in online classes but did not perform well, must also enroll in summer programs.

The District expects the most struggling students to make up the lost ground once they return to an in-person teacher, and school begins two weeks earlier than usual, on July 27. The School District also seeks to increase the number of schools with more extended school hours. This school year, Saturday classes may also start earlier.

Online classes will be available to all students during the summer. Graduating students must return any equipment given to them so that they can take inventory, renew and clean it before returning it. Students with difficulties may keep the equipment loaned to them.

Carvalho said the School District “leans” to allow all returning students to keep equipment during the summer, although no official decision has yet been made in this regard.