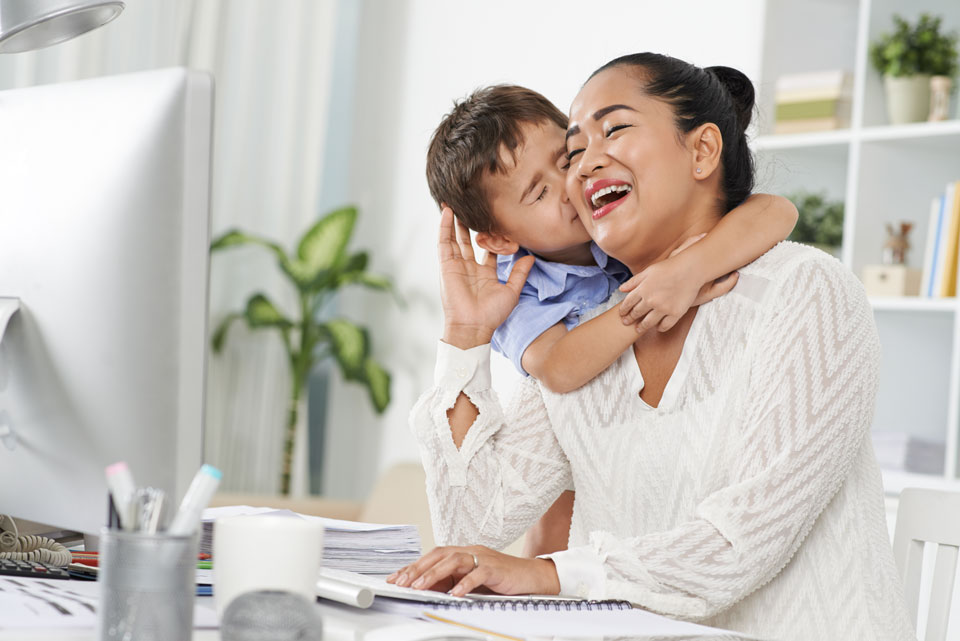 The Pandemic Setback on the Advancement of Women at Work

By SHELLY BANJO for BLOOMBERG

Ashley Reckdenwald loves her job, but in times of coronavirus, someone has to stay home with the kids.

Recktenwald, a 36-year-old medical assistant in Princeton Junction, New Jersey, is one of 23.5 million working mothers with children under the age of 18, representing nearly a third of the female workforce in the United States. When schools and daycare centers closing in March, she made the painful decision to prioritize her children over her career.

“I knew I had to put my children first and my profession on pause, but it is as if this pandemic forced women to go back ten steps,” says Recktenwald, who was in the process of changing jobs when COVID-19 arrived.

Recktenwald explained that, at least during the summer, she will not look for a job in order to stay at home with her three daughters, the eldest of whom is 5 years old. Her husband, an engineer, works on a shipbuilding job and is the breadwinner for the family, making the decision easier, but Reckdenwald fears that this pause may harm her long-term earning potential, not to mention her peace of mind.

“Working satisfies me, helps me keep perspective and prioritize,” she says. “I like to give that example to my daughters when I talk about my day and the people I helped.”

The pandemic has already led to the highest unemployment rate in the country since the Great Depression. Last year, women made up the majority of the U.S. workforce for the first time in nearly a decade. In March and April, they accounted for 55 % of lost jobs, and the percentage was even higher in female-dominated sectors such as retail, travel, and hospitality, according to the Institute for Women’s Policy Research Center.

The pandemic has also not forgiven men, but preliminary research suggests that women have been disproportionately affected. They are losing jobs at higher rates than men, accounting for a higher proportion of hourly hired staff who are not on sick leave and are taking on most of the additional household and childcare duties, according to an April survey conducted by Lean In and Survey Monkey.

Even in the process of deconfinement and economic reactivation, working mothers affirm that because of the lack of daycares, they have no choice but to reduce their professional ambitions, abandon the workplace, or sacrifice hours of sleep and mental health to juggle work and child care at the same time.

Since women earn around 80 % of what men earn, it is often women who end up making professional sacrifices in heterosexual households for two wages. Economists and labor rights activists warn that those decisions could have catastrophic consequences for women.

“Families make tough decisions when it comes to who will be the caregiver and who will be the provider in the pandemic, and in many cases maximizing household income means women stay home,” says C. Nicole Mason, director from the Institute for Women’s Policy Research. “If we add to that the disproportionate impact of job losses on women during this pandemic, the economic impact could be devastating on families, as well as on women’s long-term earnings and career advancement.”

In the 2008 recession, the hardest-hit sectors were male-dominated industries such as construction and housing. During recovery, Mason explains, many working mothers went back to school or prepared in new fields to increase their earning capacity. Today that option is not possible for many women due to the lack of childcare facilities.

For Mason, governments and companies must now choose: give up on progress (made with so much effort) among working women or use the pandemic to formalize policies that could help generate an equitable recovery, such as paid sick leave, Flexible work arrangements, and daycare support.

In March, 14 % of American women with full-time jobs and children at home were already considering quitting their job to care for their families, compared to the 11% of men, according to a survey by Syndio, a company that develops business software for human resources departments.

Social media may be full of smiling photos of working mothers baking bread and doing crafts with their children in between zoom meetings. But women tend to spend 20 more hours a week on housework and family care than men, the Lean In survey revealed, noting that women of color and single mothers spend even more hours.

“The pandemic amplified an already unsustainable situation, in which women work tirelessly, drowned at work and in charge of children,” says Alexis Barad-Cutler, who runs an online women’s community called Not Safe For Mom Group and has two children, 6 and 8 years old.

“Working mothers already earn less than their male peers and now, because we are not the highest paid, we put aside our careers,” says Barad-Cutler, who took up the education of the children at home because her partner, lawyer in New York, is the breadwinner for the family.

Now she looks after her children during the day and works from 9 pm to 1 am in the morning!

Many women cannot neglect work. There are 15 million women in the United States whose wages represent at least 40 % of family income, according to the Institute for Women’s Policy Research. That means that half of all mothers in the US with children under the age of 18 (and four out of five black mothers) support the home.

Kai White, a single mother in California, says that the closing of schools and the inflexibility of her work have her distressed: “Either neglect my children and their tasks, or risk being fired.”

White, 31, is a recruiter at a staffing company with 200,000 employees. Considered an essential business, the company has not suspended face-to-face recruiting events.

Having exhausted her leave with pay, she had no choice but to ask for a leave without pay. Because her employer allows only 30 days of personal leave, she returned to work on June 1st.

“I’m panicking,” says White. “I need money for rent and food, but I can’t risk catching the disease or leaving two young children at home in the care of my 12-year-old son.”

In March, the US Congress passed a law guaranteeing 12 weeks of paid leave to parents whose school or child care provider is closed due to the coronavirus. But companies with more than 500 employees are exempt.

“These companies were given a loophole under the assumption that they already had measures in place to deal with the medical license,” says Daphne Delvaux, a trial attorney at the Gruenberg Law firm in San Diego. “But it doesn’t work, because it is a license for the closing of schools, which does not exist in the policies of the companies. I hear stories of women staying up all night working, just to keep their jobs. “

A client of hers was fired at 39 weeks pregnant. Her company attributed this to the pandemic, but she was the only one to lose her job.

Even though two out of five families in the US have children under the age of 18, 60 % of workers report that their employer has not offered flexibility, according to the Lean In survey.

“That’s the deeply sexist part of this virus,” says N. Leahy, a 31-year-old event planner who lives in Rhode Island and was her family’s primary source of income before the pandemic. “It forces you to choose what part of your identity is going to prevail, be a mother, or an employee.”

Leahy had planned to join her job in June after taking maternity leave. Now, her boss doesn’t know if her job will continue to exist, although Leahy isn’t sure she wants to return, either.

Faced with the destruction of employment in the country, Leahy says that her friends fear losing their jobs if they admit to their companies that they are having difficulties. “I am amazed at the level of anxiety and despair I see on Facebook groups and the quiet conversations I don’t see on TV or on Instagram that advises doing yoga and blogging to improve productivity.”

For now, Leahy mentions that her family will survive on her husband’s income, but she anticipates that the long-term consequences could be devastating for women. “We know that the choice has to be our children, but that does not make it easier or less painful for us, or the economy or society in general.”